It’s hard to know for sure, since no one is being very forthcoming about what’s going on that led to cancellation of tonight’s show at the new “super club” in Mississauga that opened to such a ballyhoo last weekend, but it appears Club 108 at 1325 Elginton Ave. E. was just another fizzle stick of fantasies being spun by promoters, agents and hypsters. Formerly most recently known as Entex and a variety of other names beforehand, the location has been trying to make a mark for itself unsuccessfully for years.

“Wolfie” Joe Pinto (or simply Joe Pinto, as I know him), who is listed as booking agent on the club’s website (which is still active and lists Friday bands up till April 18) has been promoting the room on Facebook. But he announced the afternoon of Friday, March 7 that the evening’s much-trumpeted show by Carpet Frogs had been cancelled -about the same time one of the band members was also making the announcement to his fans, without any explanation in either case.

On one of his Facebook pages, however, Pinto did reply to a query as to whether “108 is done?” with the statement: “For now my old chum. Didn’t I mention it was a part time job?”

Personally I became skeptical about the legitimacy of the venture when contacted by Pinto two weeks before last weekend’s Feb. 28 opening with a query as to whether the club still had time to get an ad on the Moon website and for me to do some Facebook promotion. I replied that yes there certainly was but that I would need to be paid and that he should call me the next day, which he said he would do. The fact that there then was no followup whatsoever (not even a call or note to say “oh, we’ve decided on something else” pretty much told me that this was another one of those flighty seat-of-the-pants operations without a real plan or organizational concept. (After 22 years full-time in this biz it doesn’t take long for me to spot the posers and I’m very seldom wrong.)

I never did hear back from Pinto until the afternoon of last weekend’s opening night when he inquired if I were “free tonight?” “Free no; available yes,” I replied, and received no response after that. That show, featuring Hollywoods, MOXY and more, seemed to go well according to all accounts afterwards but clearly either it didn’t meet revenue expectations or advance sales for tonight’s show were disappointing. “One and done” seems to the be mantra, as one of Pinto’s friends observed.

For Pinto’s part, he didn’t waste time lolling in dismay this afternoon about the latest twist in the 108 situation -in the same announcement of tonight’s Frogs show cancellation he began promoting in the next sentence another tribute show he has booking ties with at a club in Brampton.

Meanwhile hopefully not too many people waste their time travelling to the Mississauga location. Naturally I will provide any updates as they become available. -Gary 17 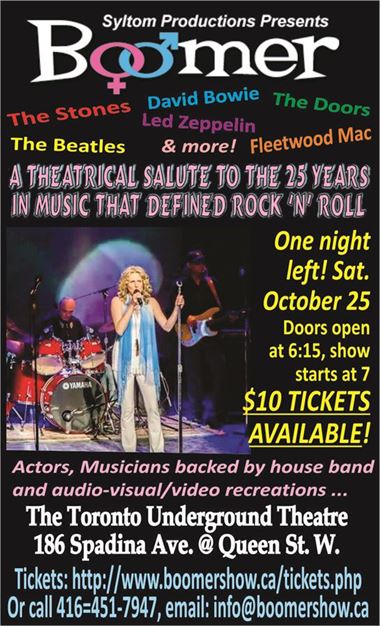 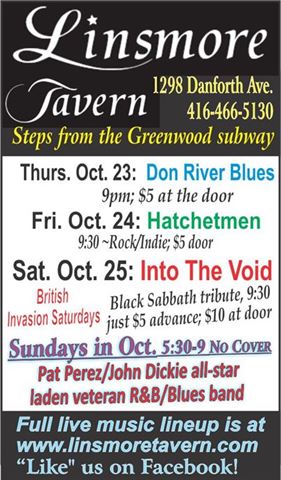 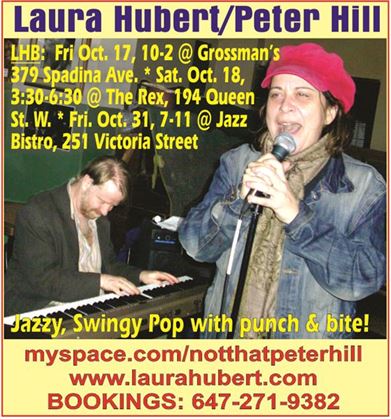