It’s been a while since versatile and venerable crooner/comedian Danny B has been seen performing regularly on club stages. So the fact that he’s back with not one but two regular weekly gigs at established clubs is heartening news for those of us who enjoy quality entertainment.

Both of the new weekly gigs —Saturday afternoons at Etobicoke’s Blue Goose Tavern, and, starting Sunday, November 17, Sundays 7:30 – 10:30 p.m. at Cadillac Lounge in Parkdale— also feature multi-dimensional keyboardist Michael Keys in the group. Keys, who’s performed with many of the greats to deliver Blues, Jazz, Boogie Woogie and Rock over the years, can also add backup vocals and makes a perfect “straight man” for B’s sometimes outrageously over-the-top wisecracks, stories and commentaries in between songs.

The rest of the band is of an equal calibre to the two principals. Longtime B six-string sideman and formidable talent in his own right Brian Gauci combines elegantly with Keys, while veteran bassist (and another B stalwart accompanist of longstanding) Uli Bohnet and drummer “Tubs” Mehagan hold down the bottom line.

Looks like there’s no cover for either show and while you’re there you may also be able to pick up a copy of one of Danny’s two cds, ‘Much Too Late’ or acclaimed tribute to Martin Luther King, ‘He Had  A Dream That Day’. 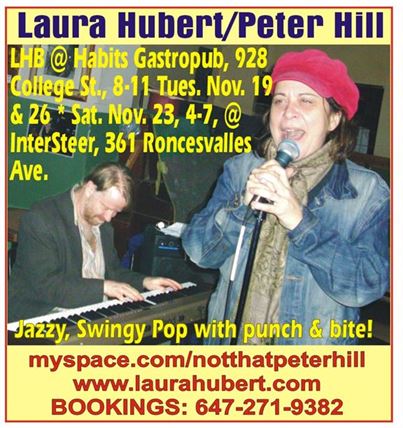 This week at Karla’s Roadhouse

This week at Southside Johnny’s