As regular readers will know, every year for the past decade or so I have made a point of including listings from the annual Canadian National Exhibition, which runs from tonight till Labour Day, in our calendar of shows.  Although the headline acts don’t need the extra publicity, the Ex has several smaller stages that mostly feature local acts of a wide variety of styles ranging from Rock and Pop through Hip Hop, Country and Roots.

But this year I won’t be including the listings —unless the situation changes regarding the fair’s decision to lock out members of International Association of Theatrical Stage Employees (IATSE) Local 58 and bring in replacement workers from Quebec.

The union, which represents sound technicians and stage hands —the people whose livelihood it is to erect safe rigging and provide excellent sound— has set up picket lines outside the CNE grounds protesting the decision by the CNE board to abandon bargaining in favour of a hardball strategy.  It has also refused to submit the contract to binding arbitration.

The Toronto Musicians’ Association (Local 149 of the American Federation of Musicians of the United States and Canada), meanwhile, has issued a bulletin to its members advising that they are expected to honour any contracts signed for performances at the fair and can’t use reluctance to cross a picket line as an excuse not to show up.

However, the advisory adds, they can refuse to perform if they believe their health or safety could be endangered by doing so.  And given the high-profile collapse of the Radiohead stage at Downsview Park six years ago, which killed a local drum tech, that is not by any means a trivial concern.

At any rate, some performers, such as The Carpet Frogs, have already announced they won’t cross the picket lines, while others, such as David Love of the David Love Band and Al Reilly of Catalyst (neither or which are booked to play this year) have also urged their fans not to attend the fair.  Songwriter Signe Miranda, not noted for any political leanings whatsoever, has also expressed support for the locked out techs and was the first person to bring the situation to my attention a couple of weeks ago.

I agree with those planning to boycott the CNE.  The fair’s board is using dishonourable tactics by bringing in scabs to do the work (it’s not like it’s of critical social importance that the shows must go on) and should not be allowed to benefit from any savings they may glean from not respecting the bargaining process.  So I won’t lift a finger to help promote these shows —or any shows put on by the same organization— until the situation is resolved.

I shall advise if I hear of any change in the situation. 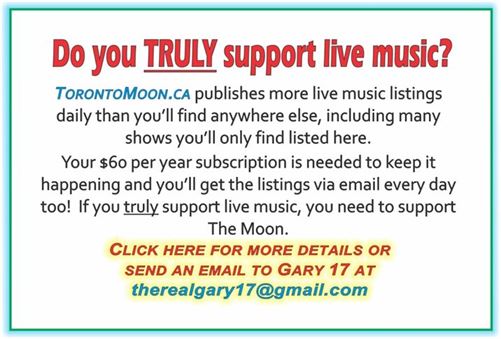