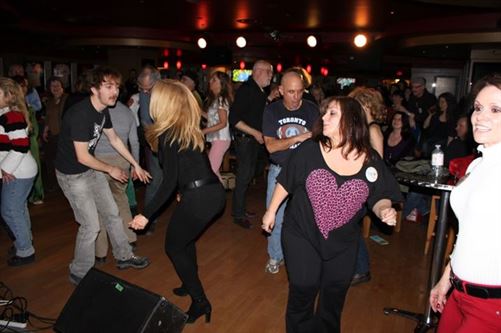 A lot of young people who were at the Monarchs Pub in Delta Chelsea Hotel on Fri. Feb. 15 discovered they really like that “Folk music stuff”! Jack de Keyzer and an all-star Blues band that included Al Lerman, Julian Fauth and many special guests did a two-hour set to wrap up the night as part of the Winterfolk Festival, which continues in four rooms at the hotel at 33 Gerrard St. W., in downtown TO all weekend.