A Scarborough guitar player “with a heart of gold” will be spending eternity in his favourite park near his home after collapsing from a heart attack at a barbecue party in Bowmanville Saturday night.

Mike Murphy, 58, who inherited his musical ability from his father, who also passed at the same age, according to Mike’s sister Cher (JP Rayne), was part of a band entertaining at the backyard event put on by Robert Battle, who said he tried in vain to resuscitate him.

“It was approximately 2:30 a.m. … it was winding down, the party.  I was in between the front of the stage and 20 feet from Mike,” Battle said in a social media message conversation.

“One of the girls yelled ‘Help!’ … I ran over, Mike was already on the ground so sudden.  Ten or 15 minutes prior he was on stage making us all laugh.

“Mike was a great guy, great guitarist, huge heart.  Unfortunately after a long attempt I could not get that heart pumping again.”

Murphy grew up in east Scarborough’s Highland Creek area “when it was apple orchards, really very rural, almost an idyllic upbringing,” his sister said in a telephone interview from her home in Kingston, where Mike also spent a lot of time visiting and performing with her and her husband, who are also, along with his nephew Bon, musicians.

“We always had music at home, drums, guitars and a piano,” she recalled.  But it was after the family moved to the Rideau Lakes area and while she was away in England that her adolescent younger brother first got serious about playing guitar.

“My parents told me that while I was away he hardly would come out of his room, that he was just in there playing the guitar like crazy, hour after hour,” she recounted.

The practice paid off as Murphy went on to perform frequently as an opening act for the Pat Travers Band in the 1980s and has continued to perform with a wide variety of other Rock, Blues and Country acts in Scarborough and eastern Ontario ever since.

“We’re all in shock. He has a lot friends out our way who he played with over the years too,” Cher told me.  “They’re going to be shocked as well.”

I first met Mike about ten years ago when he was running a jam at a now closed club at Victoria Park and St. Clair Ave. East, and he immediately climbed on board as a subscriber to this publication.  Since then he’s hosted several jams and been part of various area groups performing in rooms that offer little pay but despite being habitually poverty-stricken loving every minute of every set he did.

Most recently his newest band, The Repairmen, has been hosting weekly jams at The Newfoundlander and he was starting to get very excited about the group, he told me last week.

Friends recall him as a generous, relaxed fellow who would share tips on setting up guitars and never acted like he was “hot stuff” despite a prodigious talent that could have made him a star like longtime pals Frank Soda and Gino Scarpelli.

“He was a very humble guy and he had a heart of gold.  He’d give you the shirt off his back,” Rayne summed up, a sentiment many echoed in posts on his Facebook timeline and their own posts expressing their dismay at the sudden loss.

Arrangements for a funeral have not yet been made, Cher said (TorontoMoon.ca will advise subscribers when they are) and will also involve his mother Shirley Murphy, a younger sister Jude, who lives in B.C., wife Linda Murphy, from whom he was separated but remained the best of friends, and their two daughters in their twenties, Michelle Murphy and Kelly Murphy.

Mike is also mourned passionately by Tracy Cory Mead, with whom he celebrated a “nature ceremony” of union a few years ago while they were together.

Whenever the service takes place, Mike will definitely be interred in Pine Hills Cemetery, which, Rayne said, “was his favourite Toronto park.

“Our grandparents are buried there and he loved riding his bicycle through there and to go to visit them,” she said.

Now he’ll be keeping them company and, if there is an afterlife with music in it, jamming with a lot of great talents —definitely Mike Murphy’s idea of Heaven.

NOTE: Mike Murphy will also be included in Gary 17’s forthcoming Musical Legacies Online Museum, commemorating local talents who have passed away, once sufficient support has been received from the musical community to enable its launch. 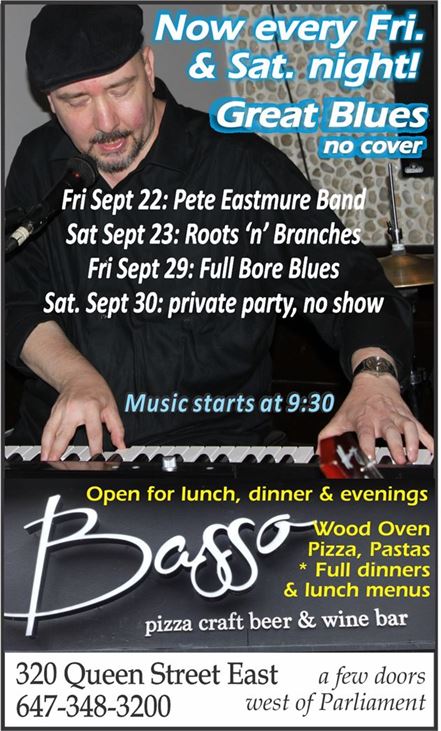 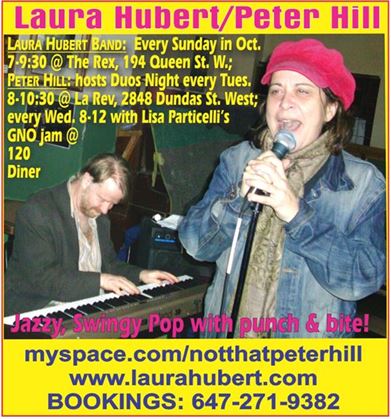