It’s more than a little ironic that the day before a memorial planned at El Mocambo for Reggie “The Bouncer Poet” Bovaird the club was holding an afternoon public meeting to discuss “how to get this historic venue back on the map”.

Organized by the club’s new-again owner Sam Grosso (after selling his shares in the venue a few months ago he recently came back to buy out the partners with whom he’d had disagreements) and featuring a free BBQ and jam, the 2-6 p.m. collaboration will surely recall to mind the glory days of the club, back when Bovaird, who passed away from cancer last month, was the head bouncer and hung out with the likes of The Rolling Stones when they performed there.

A very thought-provoking and nostalgic blog entry about those days that prominently mentions Reggie was written in 2001 by TO musician and booker Bill King, who was also a big part of that scene. Back then, “The ElMo” was arguably Canada’s premier live music room and certainly the best known around the world.

Reg, of course, went on to eschew his “tough guy” image and become a committed poet, although even when he had been in charge of the security crews at the Elmo (and previous to that at Nickelodeon), which often had to throw people onto the street quite violently, he always had a soft spot for anyone of intelligence and wit, which qualities he possessed in abundance himself.

Sunday afternoon’s 1-6 p.m. memorial for Reg at the club (464 Spadina Ave. at College) is sure to attract many musicians, fans and friends of Reggie’s, though I have seen no press releases and no Facebook posting about this event beyond comments by performers such as Laura Hubert, who says she’ll be there to croon a few in Reg’s memory.

Reg was a big fan of Laura’s and visa-versa. During her run of Monday nights at Grossman’s between 1999 and 2009 she would often invite him up to recite a few of her poems and he faithfully attended her gigs there and elsewhere. It was, in fact, at one of her shows at Cameron House that she snapped the photo of Reg accompanying this article, using my camera, after Reg insisted she take a shot of him and I together. (He and I also remained mutual admirers after working together on his book of poetry, which he paid me to edit, typeset, design and get printed for him.)

Whoever turns up at the ElMo for this memorial, you can be sure that they’ll also have plenty of good ideas about how to restore the room to its once heady position on the Canadian music scene. Sam Grosso should make a point of being there too. 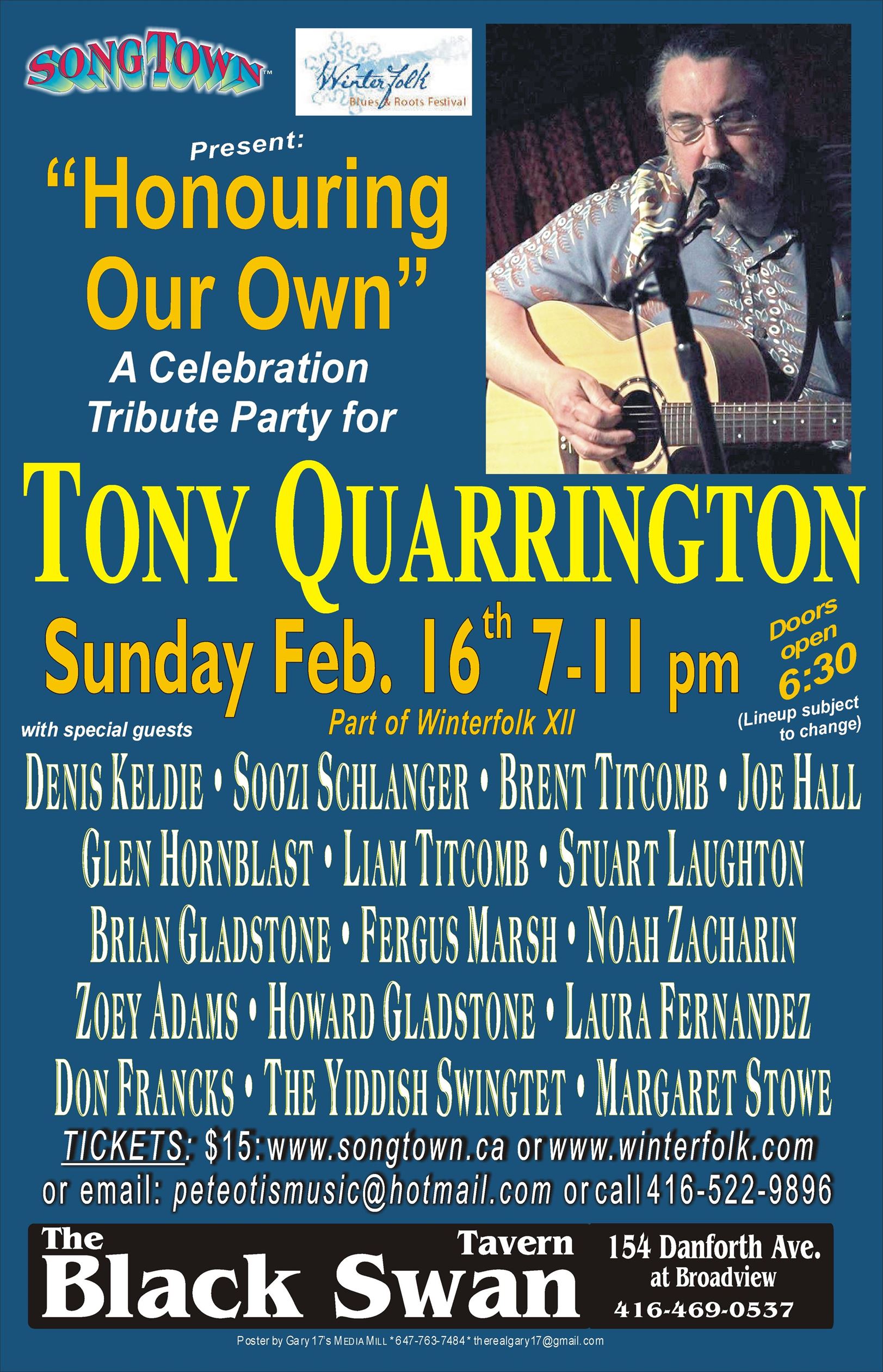