Another seminal Canadian musician has passed, reports theobserver.ca. Ken Palmer, the mandolin player for The Dixie Flyers, an acclaimed and award-winning Bluegrass band for over 35 years, died in hospital early on October 30. He had contracted pneumonia after having a heart transplant last week, the report by London Free Press music writer James Reaney says. It appears online at:

For me, Palmer was the guy who put the “man” in mandolin –in fact he was most certainly the first male I had ever seen play the instrument at a time when it more commonly, along with autoharp, the stringed companion of choice for several young women who were part of the Folk scene in London, Ontario, back in the mid-1970s, when I first started getting involved with music.

It was in late 1975 or early 1976 that I first saw Palmer and the DF band at a local tavern and it quite truly had a profound effect on me.

As I wrote in an article on April 30, 2022 (Toronto Moon, issue 030, Page 01) on the occasion of the group’s show in Cambridge shortly before they decided to hang up their strings after Palmer retired:

This high-energy Bluegrass combo will make a fan of that knee-slappin’ toe-tappin’ genre out of anyone. With co-founders Bert Baumbach (guitar and vocals) and mandolin player Ken Palmer still going strong nearly thirty-five years later (the group was only a little more than a year old when I first saw them), they continue to fill rooms wherever they play.

You can read more about the Dixie Flyers in an article on the Country Music Association’s website written on the occasion of their induction into the Jack Richardson Music Awards hall of fame in May of this year: (http://cmaontario.ca/newsletter/2013/05/the-dixie-flyers-receive-jrma-hall-of-fame-honours/).

In addition to being a lively, ace mandolin player, Palmer was also a key figure in the history of the Home County Folk Festival (Now Home County Music & Art Festival) in London. He was the artistic director of the event from 1990-2005, overseeing its 20th and 30th anniversary celebrations.

He was also a radio personality, hosting the CBC’s “The Country Music Perspective” for some time, and worked for many year’s at the city’s leading music store.

Palmer was also a regular at the Smale’s Pace and Change of Pace coffeehouses that were at the centre of the city’s vibrant Roots scene in the ‘70s and earlier this year, along with John Smale, co-hosted the latest in a series of reunion concerts for the iconic coffee houses. 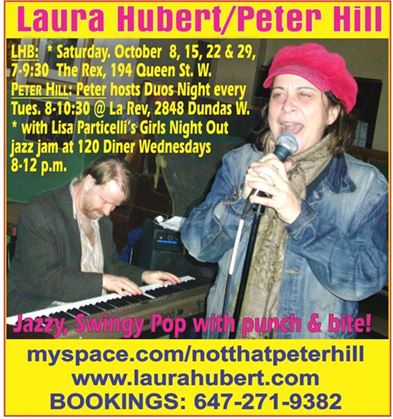