Bass player, soundman, guitarist and sometimes bands promoter/booker Tommy Flannigan wasn’t always easy to like.  But he was impossible not to love.

The reedy, feisty music warrior, who was 63, passed away in hospital in east Toronto Sat. October 22 after a short, vicious battle with liver cancer.

He had complained of a sore back a few weeks ago, a friend said, and his stepdaughter, Samantha Rinkinen, said that by the time he got checked out by a doctor it had spread to his bones, forcing his hospitalization around the middle of the month.

Friends and fellow musicians at the Black Bear Pub on O’Connor Drive, where he had become part of the musical community by participating for some time in the Sunday afternoon jams, are holding a benefit the evening of Thursday, October 27 to raise money to help his wife, Cheryl, with his final expenses.

[UPDATE: A funeral will be held for Tommy at 11 a.m. on Thursday October 27 at Mercy City Church, 100 Halsley Avenue (off Dawes Road, mid way between Danforth Ave. and St. Clair Ave. West) in East York.]

Tommy was always struggling financially, it seemed, a prototypical life-long full-timer in the music biz. Although he had many high-profile sound jobs over the years, with the changes to the bar business over the past decade opportunities have dried up and he was forced mostly to the sidelines professionally.

His most recent gig of note was five years ago as the booker and soundman at The Danny, a short-lived bar on Danforth Ave. near Woodbine, where he was able to turn a humdrum neighbourhood eatery into a happening musical destination room that saw a lot of the musical old guard perform and socialize over a period of the five months of its existence.  Thanks mostly to Tommy, who ended up taking over sole responsibility for bookings and brought in some stellar local acts (The Leggatt Brothers, Al Reilly’s Catalyst, Roadhouse featuring Earl Johnson, Sebastian Agnello, Johnny Cox —with the late Rob “Blues Butcher” Bellmore— and Frank Wilks, among others) the place got a real buzz going during its brief life.

Sadly the room was very poorly managed and that had a lot to do with how he ended up leaving shortly before it shuttered its doors.  As the owner sat at the bar in a stupor one night that August, Tommy intervened to stop an unruly and obnoxious patron from interfering with the band on stage and received a sucker punch to the face that broke his jaw and knocked out several teeth, requiring hospitalization and surgery.

An August 30, 2021 benefit for him put on by a group of Danny regulars and local musicians, including yours truly and Seb’, brought out a slew of performers and packed the joint, helping raise some bucks to help tide Tommy over his downtime, but not nearly enough, of course, to make up for the damage done to him.

In the end Tommy had to engage in a long, drawn out battle to try to get compensation for the injuries and still had not been able to achieve that fully when I last saw him a year or so ago.  His attacker was jailed for some time but when he was released it became known to many that the jerk was persona non grata in the area, where Tommy was for some time after The Danny closed a regular at a jam at the Rusty Nail bar near The Danny and where he and Cheryl lived nearby.

Being combative was second nature to Flannigan —he was particularly touchy when anyone groused about his big bright sound mix or tried to do wrong to a musician.  The proud Scot, born in Glasgow in 1963, did not suffer bullshit or duplicity gladly at all and while he could be the most generous and helpful of people, once his temper was aroused he was a dervish to deal with.  But although he may have often come across as irascible, Tommy nevertheless, everyone who truly knew him never doubted, had a heart of gold and mush.

You could see that when he would pick up an acoustic guitar —not a common thing since he was probably better known musically as a bass player— and while the power could come surging through, so could some downright tender picking and strumming when the vibe allowed for it.

One Black Bear regular, Allan, urged me to “make sure you include ‘grumpy old man’ in the story, because that’s what we called him,” but then went on to relate a story about how Tommy had gone out of his way to be kind to his grandson when they encountered him at a local coffee shop one afternoon.

He also doted on his granddaughter Emma, the 8-year-old child of Samantha and her husband, Juha Rinkinen.  When Samantha and then-toddler Emma visited him at the Danforth restaurant one day his eyes and smile were beaming and his demeanour was a far cry from his usual crusty persona.

Patrons at the Bear remember him as someone who loved to play bass on tunes like “Knockin’ On Heaven’s Door”, and “Flip Flop and Fly”.  Participants at the October 23 jam dedicated performances of those tunes to him and vowed to be there on Thursday night to support the benefit.  Writer and Bear fixture Willie De Groot said on Sunday that he has written a poem for Tommy that he’ll perform on Thursday.

Hosted by the room’s Black Bear All Stars Band, anchored by longtime pal of Tommy’s and east TO/Scarborough music veteran William A. Miller on drums, the show will get underway around 8 p.m. and is likely to feature many special guests.

No cover has been set for the event in the room at 1125 O’Connor Drive (across from Harvey’s a stone’s throw east of Dohme Ave.) but donations will be collected and there are expected to be a number of draws and raffle prizes.

Click on the image for more details about subscribing

TorontoMoon.ca is donating a one-year subscription as one prize.  Further information on others will be included in an update the day of the event.

Click to donate at GOFUNDME.com or email ther[email protected]

This article and updates will appear on the forthcoming Musical Legacies Online Museum site, along with other photos and recollections, once enough  patron support has been received to enable its launch. 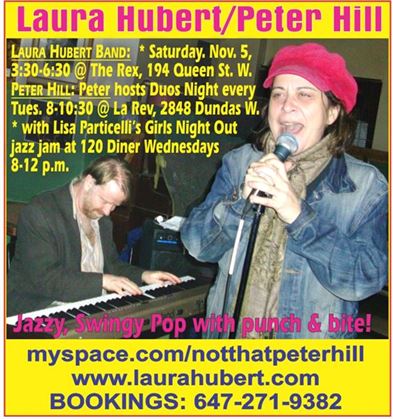