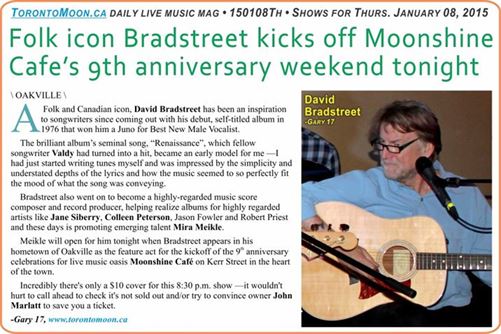 A Folk and Canadian icon, David Bradstreet has been an inspiration to songwriters since coming out with his debut, self-titled album in 1976 that won him a Juno for Best New Male Vocalist.

The brilliant album’s seminal song, “Renaissance”, which fellow songwriter Valdy had turned into a hit, became an early model for me —I had just started writing tunes myself and was impressed by the simplicity and understated depths of the lyrics and how the music seemed to so perfectly fit the mood of what the song was conveying.

Meikle will open for him tonight when Bradstreet appears in his hometown of Oakville as the feature act for the kickoff of the 9th anniversary celebrations for live music oasis Moonshine Café on Kerr Street in the heart of the town.

Incredibly there’s only a $10 cover for this 8:30 p.m. show —it wouldn’t hurt to call ahead to check it’s not sold out and/or try to convince owner John Marlatt to save you a ticket. 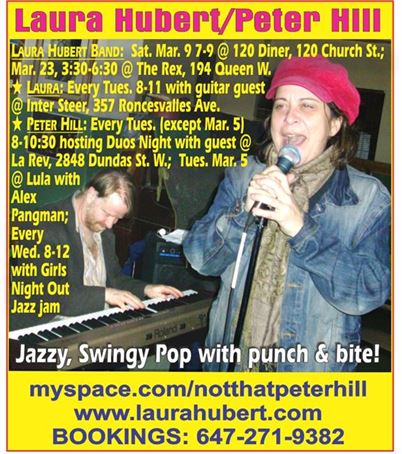