I’m so very sad to learn of the passing on Sunday Feb. 10 of one of our longtime subscribers, an icon of a host on the open stage scene and very talented Country songwriter Herb Dale.

According to life partner and musical accompanist Fran McCann, Herb passed “peacefully and at home with me, my daughter and his four-legged creatures by his side.”

The plucky 73-year-old, known as “Uncle Herb” through his open stage hosting persona that helped encourage many young songwriters over a period of about 15 years, had been battling cancer for about eight years.

Nevertheless, several times he bounced back from medical setbacks and, whenever he was able, Herb continued to perform often at open stages and shows across Toronto, often accompanied by Fran playing bass and adding vocals to comprise The McDales.

The story we wrote about Herb back in September of 2017, about how fellow musicians were honouring him by releasing an album on which they performed his songs, details some of the qualities and activities for which he was well known and much loved.

Some of the other articles we’ve written about him (such as the one focusing on Herb & Fran’s love story for Valentines Day a year ago this week)  can be found in a search of his name on the TorontoMoon.ca site.

I will update with information about visitations and a service when it becomes available. 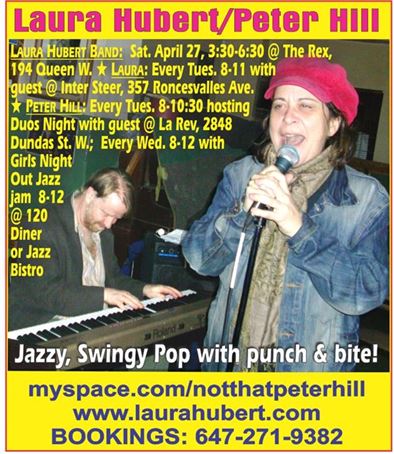