The Cowboy Buddha Band has been around for some time now, mostly performing at little Parkdale area clubs, though isn’t exactly what you’d call a mainstream household name.  But that probably doesn’t much bother esoteric songwriter Jeremy Edwardes, whose interesting tunes form the core of this alt-Country group’s repertoire and a new four-track ep released just last week.

The music is sweet and charming and a bit ineffable, using an Adult Contemporary lilt with a translucent psychedelic coating wrapped around Country and Pop Rock/Swing elements that’s difficult to get a descriptive bridle on.  I’d call it meditative Country, as it casually lulls you into its corral with somewhat hypnotically soothing (though lyrically grown up) vocals and colourful, flowing guitars, playful stoner winds, homey strings and a thumpitty, neighbourly bass and beat that ropes you in without you ever realizing how.

As befits its name (not to be confused, btw, with a trio of the same moniker out of California, which apparently has a similarly eclectic musical blend) this group seems to resonate intrigue.

For one thing, while the Toronto band is listed as a four-piece on their Facebook page (there appears to be no actual website —though Edwardes has several tunes on Sound Cloud, including a page containing the full ep) and photos show four members, one of those named on FB is a female, the photos are of four men and Edwardes’s name is not included on the FB roster! (John Bridgins, Andrew Frost, Frank Locicero and Amanda Jean are listed as the members there.)

An enigma wrapped inside a mystery this band may indeed be, but certainly the music you can find on Sound Cloud and You Tube is very intoxicatingly listenable, so if they can reproduce that live tonight for their show at The Local pub at 396 Roncesvalles, it’s definitely worth dropping by.

he room before the 9 p.m. start time.  And while there’s no cover, presumably copies of the ep will be for sale and, based on what I’ve heard online, well worth adding to your library. 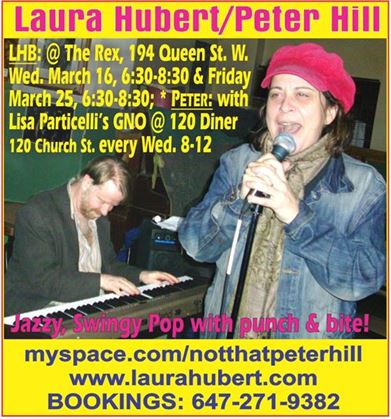