Another Toronto music icon has passed away with the death of guitarist Brian Miller, who was part of the progressive Rock band Zon that briefly flew close to the sun in the late 1970s and early 80s.

A Facebook announcement was made by his friend and co-worker Chris Bennett earlier today that the affable and much-liked player, who was highly regarded for his guitar repair as well as playing skills, had died at 60 years of age after a bout with cancer.

The five-piece Zon group for which he was the six stringer was formed in 1977 according to Jaimie Vernon’s authoritative Canadian Pop Music Encyclopedia. In 1979 on the strength of its debut 1978 album through CBS Records, Astral Projector, it received a Juno nomination as Most Promising Group of the Year (now the Breakthrough Group of the Year award) along with Max Webster and Streetheart among others.

The group opened concerts for now legendary acts like Styx and Foreigner at CNE Stadium but broke up shortly after two fiascos –a bad review of their show in the national edition of The Globe and Mail by a writer who hadn’t even seen the band; and a 1980 riot at CNE Stadium, where they were the opening act for Alice Cooper but had to announce to the crowd after their set that the headliner had cancelled.

Miller went on to run a flower shop for a time and eventually ended up as a guitar tech for many years at the 12th Fret music store in east Toronto. Fellow musicians have posted many condolences and kudos on Facebook.

Veteran player and guitar aficionado David Love commented that “Brian was a brilliant and under-rated guitarist during his ZON heyday,” adding that “Whenever I was in the shop, Brian always remembered me from the old days. Sweet guy.”

Shelley Coopersmith added that “I used to take my mandolin to him, at the 12th Fret for repairs, nice, nice fellow. Sorry to hear, condolences all round.”

Henry Heillig commented: “I knew Brian only from occasional work-related meetings at the store, but those go back at least 25 years and he was always the same smiling helpful guy.”

Gerry Markham noted that “Brian was an excellent guitarist/musician. His wiring was a work of art….indeed I often coaxed him to sign his repair jobs. A true gentleman.”

Please support this TorontoMoon.ca project to help preserve the memories and legacies of departed musicians. Click image to go to funding site.

And Anthony Silva echoed the feelings of many when he posted: “Brian and I go way back and I have always considered him on of the most knowledgeable techs, nicest guys and accomplished players that I’ve ever met. He always had time for me and never exhibited the oh so familiar boutique snobbery. A real gem of I guy. I often thought about him and what he’s been up to. So saddened by this news.”

Songwriter Chris Casserly also remembered Brian as a producer, noting that “Brian produced the first proper demo we ever had way back in the day. When 12th Fret had the studio on Scarborough Road. He was just great w/ us kids and had great enthusiasm as he guided us through the process. Always shared a laugh w/ Brian whenever we crossed paths. He will be truly missed!” 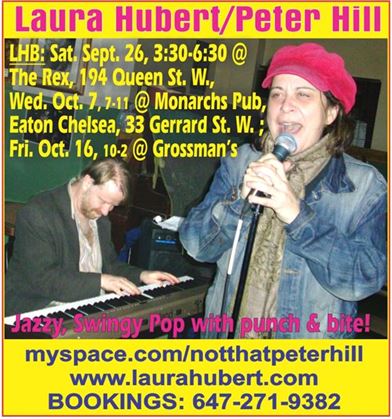