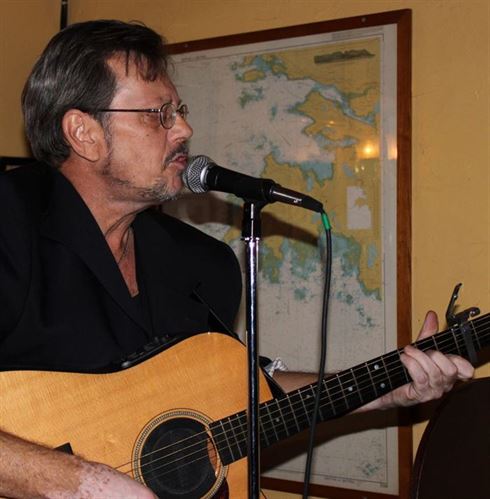 About a year ago a high-profile Roots promoter approached me to ask “What do you think about James Sloan?”

My honest answer was that while I was a fan of the Roots Pop songwriter’s thoughtful lyrics and very tasty and versatile guitar playing, I felt he did himself a disservice by being so laid back and not projecting himself more when on stage.

I’m not at all sure that my comments had anything to do with it, but this powerful songwriter’s approach certainly has changed over the past few months. He seems to be everywhere these days, jumping on opportunities to do feature sets at open stages, mini-festivals or other events and usually recruiting various people to play with him when he does.

Sloan has also been spending a lot of time in the studio with some of these folks recording a new album (he already has a couple out). While hatching new product makes some performers reluctant to get out and play as much, it only seems to have fueled Sloan to want more live exposure.

Tonight he has another spotlight on him as he’s the feature act for Julian Taylor’s 8-12 (new earlier hours due to noise regulations) Monday open stage at Dora Keogh, 141 Danforth Ave., doing a showcase set (no doubt backed by at least a couple of other players) starting at 9:30. -Gary 17