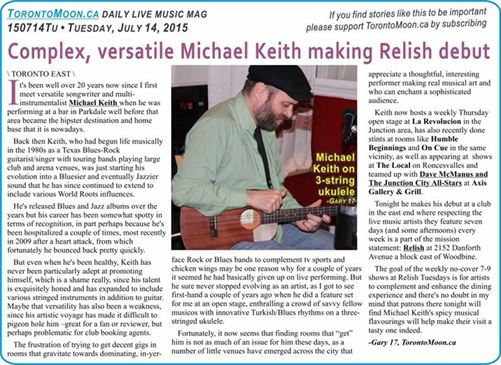 It’s been well over 20 years now since I first meet versatile songwriter and multi-instrumentalist Michael Keith when he was performing at a bar in Parkdale well before that area became the hipster destination and home base that it is nowadays.

Back then Keith, who had begun life musically in the 1980s as a Texas Blues-Rock guitarist/singer with touring bands playing large club and arena venues, was just starting his evolution into a Bluesier and eventually Jazzier sound that he has since continued to extend to include various World Roots influences.

He’s released Blues and Jazz albums over the years but his career has been somewhat spotty in terms of recognition, in part perhaps because he’s been hospitalized a couple of times, most recently in 2009 after a heart attack, from which fortunately he bounced back pretty quickly.

But even when he’s been healthy, Keith has never been particularly adept at promoting himself, which is a shame really, since his talent is exquisitely honed and has expanded to include various stringed instruments in addition to guitar. Maybe that versatility has also been a weakness, since his artistic voyage has made it difficult to pigeon hole him –great for a fan or reviewer, but perhaps problematic for club booking agents.

The frustration of trying to get decent gigs in rooms that gravitate towards dominating, in-yer-face Rock or Blues bands to complement tv sports and chicken wings may be one reason why for a couple of years it seemed he had basically given up on live performing. But he sure never stopped evolving as an artist, as I got to see first-hand a couple of years ago when he did a feature set for me at an open stage, enthralling a crowd of savvy fellow musicos with innovative Turkish/Blues rhythms on a three-stringed ukulele.

Fortunately, it now seems that finding rooms that “get” him is not as much of an issue for him these days, as a number of little venues have emerged across the city that appreciate a thoughtful, interesting performer making real musical art and who can enchant a sophisticated audience.

Keith now hosts a weekly Thursday open stage at La Revolucion in the Junction area, has also recently done stints at rooms like Humble Beginnings and On Cue in the same vicinity, as well as appearing at  shows at The Local on Roncesvalles and teamed up with Dave McManus and The Junction City All-Stars at Axis Gallery & Grill.

Tonight he makes his debut at a club in the east end where respecting the live music artists they feature seven days (and some afternoons) every week is a part of the mission statement: Relish at 2152 Danforth Avenue a block east of Woodbine.

The goal of the weekly no-cover 7-9 shows at Relish Tuesdays is for artists to complement and enhance the dining experience and there’s no doubt in my mind that patrons there tonight will find Michael Keith’s spicy musical flavourings will help make their visit a tasty one indeed. 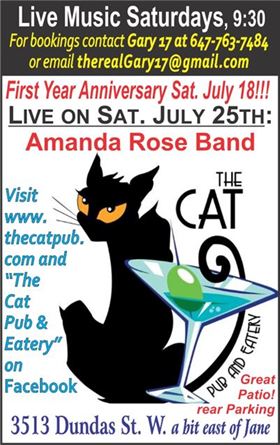 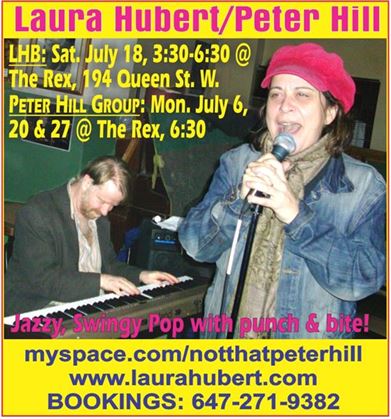