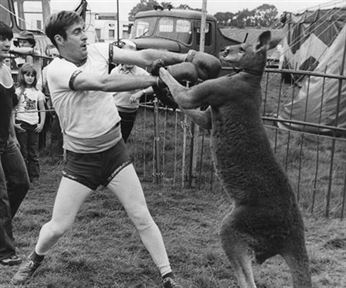 Photo from promotion of Sinners Choir show at Rex 161226

What a funny day this is, this Boxing Day!

What kind of a name for a holiday is that anyways?  Does it refer to the tossing out of boxes that Christmas gifts came in or to the fisticuffs that are expected to ensue when frenzied shoppers do a replay of Black Friday in their knockout punch zeal to score the best deal in the store?

For many of those in the employ of others, Boxing Day is a legal holiday (tell me again how unions no longer perform any useful function on behalf of the workers they represent) and of course all public institutions are locked up tight and the kids are out of school.

For many other employees, however, it’s quite the opposite: regimens of retail minions are about to suffer through the biggest or second-biggest customer stampede of the year and many will work long, extra hours in the service of maximizing profits —and not all by choice.  Like in a time of war or a championship sporting bout, not showing up is not an option —it’s all hands-on-deck for this main card event!

A holy day this Boxing Day ain’t —unless, of course, you worship money.  Which, I suppose, in a society that describes itself as subscribing to “Capitalism” we basically do, since as an ism “capital-ism” can only mean that we believe the flow of money should rightly be the highest value, thus circumscribing all aspects of human affairs —which about sums up the ethos of most public policy when you think about it.

So, if it’s not holy but it is a holiday —sort of, for some people— just what is this Boxing Day then?  And what the hell does it have to do with today’s shows on the live music scene?

Well, just as employees are in two factions —the unionized government employees and their ilk versus the front-line fodder of the mall-level marketplace— many venues in the restaurant and hospitality industry are also divided into two classes:  them that’s open and making the most of all the punch-drunk Christmas-happy overflow and them that’s either sacred or scared to get into the middle of the mercantile melee and are therefore closed.

It leads to an interesting situation in which rooms that normally offer live music every night of the week aren’t even unlocking the doors, while other rooms that seldom put on Monday shows are bringing in talents for special performances to entice those who are out and about for missions or holiday mingling.  Thus, while some regular Monday features and open stages are still happening, many more are not.  It all seems to simply come down to the preference of the room owners, most of whom vote thumbs down.

In a couple of particularly interesting instances, one club that normally has two Jazz shows every Monday is only running one, but it’s a dilly, while another that generally hosts a Rock jam is utilizing the host band and three others for an extravaganza.

The Rex Hotel, at 194 Queen St. West a block west of University, wins the prize for the best promo concept for their 8 p.m. show by The Sinners Choir Blues-Roots trio.  (And there are some other very good ones, such as those for the events at Dakota Tavern and This Ain’t Hollywood —bars in west TO and Hamilton that usually offer shows every night of the week except Mondays!)  But The Rex’s promo has taken the pugilistic interpretation of the day’s meaning to a delightfully ridiculous level of absurdity and that’s why their graphic is today’s featured picture.

The poster for the “Champions of Rock” event at The Rockpile at 5555 Dundas St. W. in Etobicoke is strong and the concept for the event is intriguing: four tribute bands arranged in two “bouts” of Pink Floyd vs. Led Zeppelin and Ozzy against Pat Benatar.  Bizarre, of course, but I suspect the reality is that it’ll basically be one big Rock love-in that sounds like a ton of fun.  The host of the club’s regular Monday jam, Al Reilly, has his band Catalyst in the role of Zeppelin, while Floyd tribute Darkest Side Of The Moon fills that spot and the Ozzy band includes wildly talented Metal guitarist Roland Roxx.

But what does it all mean?  Well, maybe that’s for each of us to decide according to our own values and customs.  Let each observe Boxing Day in their own way, type thing.

And as far my treatise about Boxing Day goes —it’s time to put a lid on it!

A BOXING DAY NOTE ABOUT TODAY’S LISTINGS: All listings except those prefaced by two question marks (“??”) have been confirmed by the club’s website or entertainer.  Those with the questions marks are probably happening but could not be fully confirmed.