As I mentioned in a story about songwriter Murray Powell in October of last year, which was intended to promote a scheduled feature appearance at the M Factor Mondays show at Old Nick pub, the often stirringly inspiring and sometimes cleverly biting songwriter has spent “way too little time on stage over the past couple of years for [my] liking”.

As it turned out, the statement proved a bit prophetic, since Murray had to cancel the appearance after taking a tumble while waiting for a subway, leading to a hospital stay and period of recovery that’s kept him out of action since then –until now.

Fortunately, bouncing back from adversity is something of trademark for the barrel-chested baritone and authentic songwriter whose Country-Roots tunes, with clever lyrics that contain both wordplay and substance, are compelling as much for their backstory as their undeniable potency. Blind since birth, he became his school valedictorian and had a successful career as a mainstream office worker at a time when disabilities weren’t well accepted, but then he also had to deal with coming to terms with the tragic death of his daughter. He was able to do so large in part through creating the songs on his wonderful debut album Remedials, released in 2011, which includes a tune specifically dedicated to her.

Since then he’s continued to write songs from the heart, shaped by intelligence, and he’s been working on a new disc over the past year, he tells me, as well as rehearsing with various players, so hopefully it all means he’ll have something new by way of recorded product coming soon.

Certainly, as I mentioned when he did a 2014 feature at Old Nick, some of his more recent compositions are at least as record-worthy as tunes like his signature “Needle In A Haystack” love ditty that appears on the first album and as a video.

A case in point is a simple, from-the-heart autobiographical song, “My Home Town Napanee”, which you can hear on YouTube. Another example is his tribute to the late Robbie “Blues Butcher” Bellmore, “I Sure Wish Him Well”, which appears on our Featured Tracks page of the website.

Tonight Powell’s songwriting gift, as well as his smooth but strong and intimately compelling voice, will finally again be on display as one of the two feature acts at the no-cover M Factor showcase. The evening runs 7-11 in the club at 123 Danforth Ave., a spit east of Broadview, and Murray will take the spotlight for his set around 9 p.m. 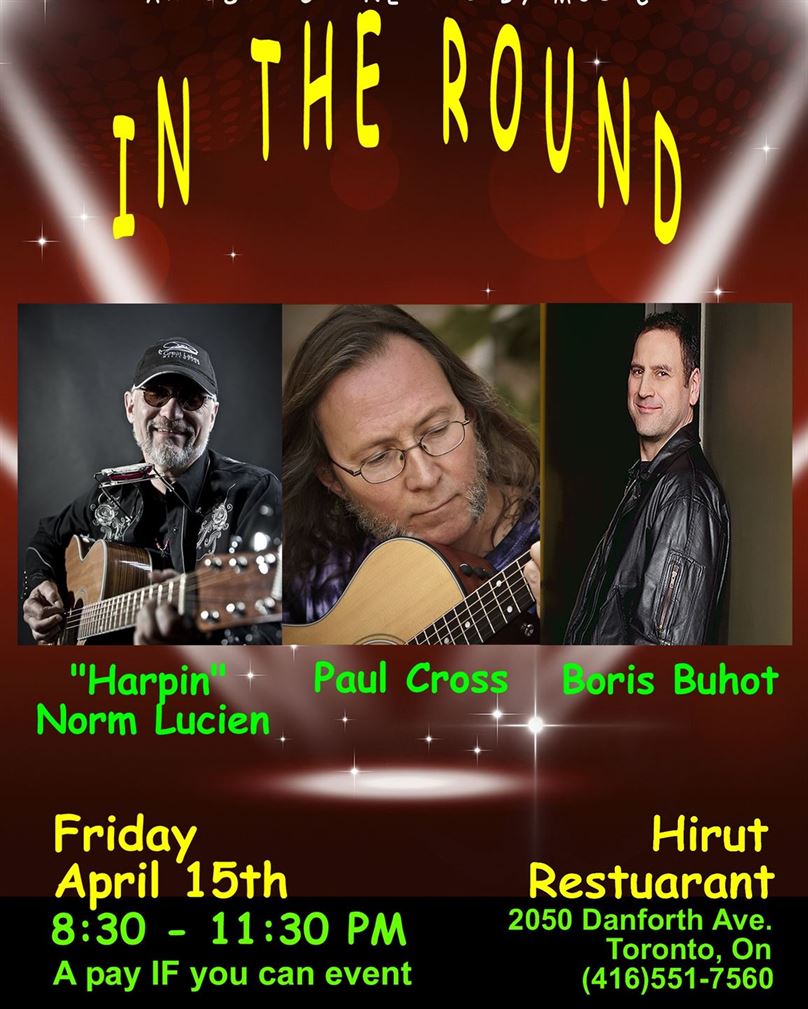