Although details of the precise nature of his current situation have proved a little hard to come by, it appears that much loved but seemingly star-crossed iconic Canadian Rock veteran Kelly Jay of Crowbar fame is once again in need of help from his fans and friends in the music community.

As many will know, Jay (aka Blake Fordham) has suffered numerous personal tragedies and also been assailed by various medical conditions, including syllogomania (hoarding disorder), that had him in danger of losing his home in Calgary last autumn before a Go Fund Me campaign raised nearly $7,500 to pay mortgage arrears and legal bills that accumulated during a hospital stay.

To help out his current situation, a fundraising concert is taking place today at Hard Rock Café in TO starting at 3 p.m. featuring a panoply of superb local and Canadian talents, including former members of Crowbar, for which keyboardist Jay co-wrote their monster hit “Oh What A Feeling”.  Jay and the rest of the Hamilton group, who were international stars in the 1970s, were inducted into the Canadian Songwriters Hall of Fame in 2011.

Jay, now 74 years old, has struggled in the past two decades, however, beginning with the tragic disappearance of his daughter Tiffany while working in Tokyo in 1997, a car accident that killed the mother of his three children in 2006 and the sudden 2012 death from heart disease of his second wife of 15 years, Tami Jean.  On top of those setbacks, in addition to the hoarding disorder (for which he was featured on the TV series “Hoarding: Buried Alive” in 2013) Jay has suffered from complications due to Type II diabetes according to his son Hank.

It was a 2014 hospital stay to treat the diabetes and other conditions that led to him falling behind on his mortgage payments, eventually prompting last year’s fundraiser.  But it seems likely that because, according to his son, his ability to earn an income from playing music has also been affected, his prospects would be dim without help from the music community.

Fortunately that seems to be willingly forthcoming based on the lineup for today’s 3 p.m. till 11 p.m. affair, for which the $25 cover will be donated in its entirety to Kelly.

Unfortunately, it needs to be told as a postscript, it appears as I write at 4 a.m. the day of the event that Kelly himself won’t be able to be on hand —though he’d expected to as recently as yesterday afternoon.  However according to posts on his Facebook timeline by him and his daughter, Bella Morte, an “offer” from a “friend” who last week had said they would arrange and pay for the two to fly from Calgary for the event turned out to be bogus.

Morte said that originally she and her dad “had nooo intentions of attending the benefit because we, like everyone, are so broke. That’s totally fine with us though. What’s not is stringing him along and getting him excited.”  Jay had posted that he was thrilled at the prospect of seeing old friends again for what could be the last time and many from the GTA reciprocated the feeling.

After several days of waiting for confirmation from the “buddy,” a call came yesterday from the “pal,” who said the tickets would be at the airport —the pair ended up at the Calgary terminal with no bookings and crushingly disappointed, apparently victims of what Morte described as “an absolutely terribly SICK game to play.

“As much as he tried to conceal the disappointment, I could see the massive pain in his eyes,” she added.

Of course for Kelly Jay this is a pretty minor setback in the context of all the other outrageous misfortunes he’s had to endure.  To his credit however, through it all he has maintained an optimistic and charitable disposition —even two weeks ago, Morte noted, when although the hit Crowbar tune he co-wrote was used as a theme song for the 25th anniversary of the Juno Awards (he attended the first one) and the show took place in Calgary, he was not even invited.

According to Morte, “while he wasn’t invited to the events, he embraces the excitement with a warmth I’ve always found comfort in.”  To which she then adds in her Facebook post —and I can only enthusiastically echo, since it so totally resonates with the TorontoMoon.ca philosophy:

“This is why supporting local music is SO imperative in such a technology driven society.  Don’t complain about paying for a cover charge, just enjoy the damn experience!  Buy the CD, chose venues with local music and make your voice heard.”

Those who want to speak up loud and clear to let Kelly Jay know they appreciate what he’s given to the scene can do exactly that with their wallets today. 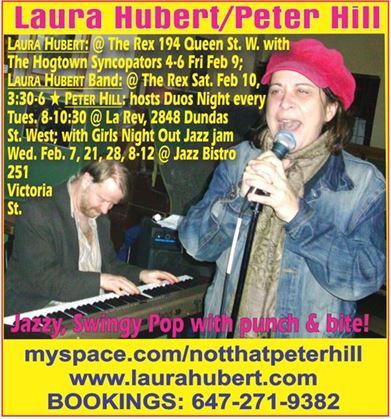