from the County Music Association of Ontario March 2014 newsletter:

I met Garth Bourne at a Durham Music Society function. I was playing in a band with my wife, Lorraine Davies, called the Too Drunk to Fish Band.

Garth was one of the founders and coordinators for the Durham Music Society event.

Garth was a great person, greeting everyone with a smile and a good word. Some time later, we needed to replace a bass player. I had heard that Garth played Bass, so I did some checking on him. To my amazement he was quite a renowned bass player in his own right in Canada. Garth played with us about a year; the time he spent with us was fun and entertaining. He was always the professional and a gentleman.

Garth passed away after a fight with Cancer in 2013. Lorraine and I attended and performed at his Tribute in December 2013. The venue was packed from open to close, because Garth was that kind of person.

The rest of this tribute will be from a letter sent to me by Howard Ross, co-founder of the Durham Music Society and a very good friend of Garth’s…
by Howard Ross:

The local music community is grieving the loss of one of their own.

Garth Bourne, a fixture in local pubs and concert halls, was active not only as a performer, but also as supporter of the local arts scene.

Garth was a founding member of the Durham Region Music Society and served as Vice-President since its inception in 2004. The society’s mandate is to produce, present and promote professional artists at live music events throughout the region. To that end, we have presented over 50 events, all of which Garth was a major contributor to, whether performing or working behind the scenes.

He was our emcee for most of our annual award shows, a role he was made for, with his easy wit and disarming charm. These shows were totally unscripted, but you wouldn’t know it with Garth as the host.

But then again it was nothing new to him. Since the seventies, after moving to North America from the West Indies, Garth was immediately recognized as a great vocalist, as was evidenced by several #1 songs and being signed by a number of notable labels, including RCA and United Artists. His talents did not stop there. He also did commercials for radio and television in addition to hosting his own show on Shaw Cable for two years, where he interviewed many music stars including Rompin’ Ronnie Hawkins.

During his performing days, Garth fronted one of Canada’s great acts –Canadian Zepher– and shared the stage with some of the greats in the business, including Wilf Carter, Tommy Hunter, Freddy Fender and Johnny Paycheck.

He was always the first to smile and say “sure,” when asked to help out. As a performer, sitting in on bass or lending a hand, he would be genuinely excited to be part of anything musical.

It is a Sunday afternoon as I write this and I can’t help thinking that somewhere up above there is a jam just starting up.

A host with an easy smile and distinctive drawl asks “so what song you wanna try?” 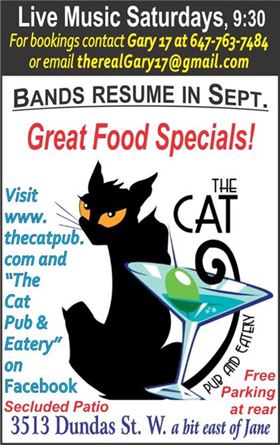