In celebration of Canada’s 150th Anniversary, I have put together a list of songs that mention Canada in their lyrics and that are written and sung by Canadians.

It is fascinating to note that many classic songs that mention the actual word “Canada” were in fact penned by foreigners.  For instance, “Canadian Sunset”, famously sung by Andy Williams and featuring the lyric “A weekend in Canada, a change of scene / Was the most I bargained for” was written by American Norman Gimbel.  The sprightly foot-tapper “Canada” featuring “A prairie and a wind / Canada on the wire”, is not a Newfoundland classic but rather a trendier tune by Runrig a band from Sky in Scotland.

There are surprising few songs that exist that have the actual word Canada in the lyrics, but a few appear below:

Canada… what’s with Canada?
We got great big cities but a lot of trees and rocks
And yes the winter’s cold here – wear two pairs of socks
There’s half the world’s fresh water, to paddle your canoe
Camp along the shoreline, it’s what we like to do.
In Canada…         [Each time]

(This new feel-good Folk song penned by astronaut Chris Hadfield and his brother mentions everything from mosquitos to milk-in-a-bag, to center-ice in Canada.)

Oh, Canada we stand on guard, for thee
I told this god where I was from
He said oh, Canada
Kind laughs it off, real funnyhy?
Yeah Uh Com

(Classified is the stage name of Luke Boyd, recording artist from Nova Scotia who is one of our Hip Hop Artists and whose album, also titled Classified, debuted at #1 on the Canadian Albums Chart and became certified Gold.) 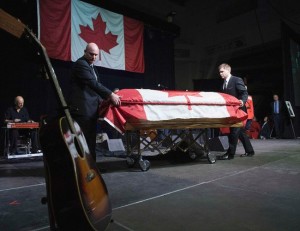 Casket bearing Stompin’ Tom Conmors was wheeled across stage at his memorial service in Peterborough on March 13, 2013. -NEWS PHOTO

Here is no short cut
And no straight line
How am I to find the sleeping country?
Ghost horse in my head keeping time
Wandering lines
Trans Canada

(This wry suburban Rock band from Guelph Ontario wrote this song to celebrate the highway that links us all together.)

One thing I know about the rest of my life.
I know I will be living in Canada!

(There are few lines in Canadian music more patriotic as this one from ‘The Canadian Beatles’ and which makes their fans cheer every time they perform it.)

CANADA
Tell me, what’s a Douglas fir?
CANADA
Bet you never hear a bobcat purr
CANADA
Have you ever seen a lobster crawl
In …

(This was one of those Stompin’ Tom hits that would have the entire crowd shouting “Canada” as the last line was sung as a question.)

It’s Canada Day up Canada way on the first day of July.
And we’re shoutin’ “hooray” up Canada way, when the maple leaf flies high.

(This song was done on Connor’s famous cross-country tour and there is a verse devoted to every province and territory in the song.  What could be more patriotic?)

(One of the few songs I found that actually mentions Canada as much as a Tom Connors tune –in this epic Punk musical rant Bif makes us ask “Just exactly what is it that they we are celebrating 150 years of?”)

When I leave the USA
If you like I’ll take you home
When I go back to Canada
Hey ya, hey ya…

(This beautiful haunting classic, a cross between a wail and a chant, talks about the sadness of leaving a lover on the Pow Wow trail, so she can go back to Canada.) 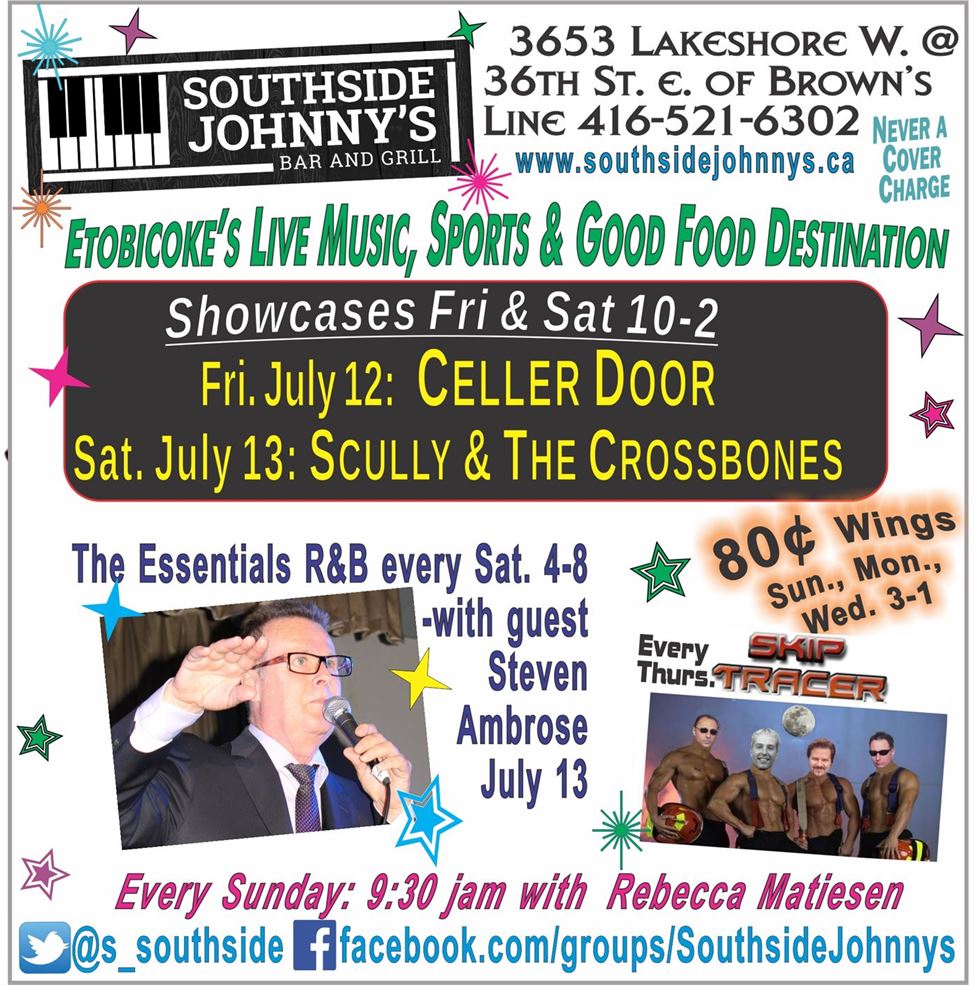 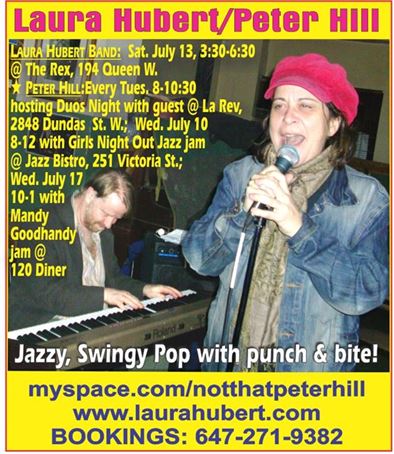