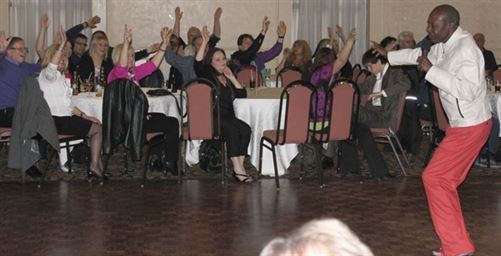 Since the scandals surrounding Mayor Rob Ford became public last year it has not been easy to get the mayor and his council to agree on anything, or even to engage in civilized conversation. But veteran singer and bandleader Jay Douglas was not only able to help convince Ford and the council to support a Toronto Music Industry Advisory Council with a unanimous vote, he actually had Ford and his opponents up dancing together in the chambers as he smoothly sang “One Love” at a meeting on December 17. Asked to make a presentation on behalf of the group promoting establishment of the advisory council, Douglas played Pied Piper to the assembly to make his point in the way most natural to him –by singing and winning the hearts (along with the toe-taps and leg jiggles) of the politicians.

That extraordinary bit of social engineering is all in a day’s work for Douglas, who has been delighting audiences and transporting them beyond their workaday worries for over 45 years, since first taking to the stage as a young man in his hometown of Montego Bay, Jamaica.

His honeyed voice and sincere, unpretentious yet magical stage presence are the keys to his unique ability to transcend the mundane and appeal to people of diverse ages, gender and racial origins and quickly captivate them in a spell of pure enjoyment. When placed on a stage it’s usually not long before he’s bounding into the audience, microphone in hand, to encourage listeners to become participants by singing along with him and getting them up to dance with him –just as he did with Rob Ford and the council.

As much as his musical accomplishments it’s this upbeat and inspiring attitude, summed up in his signature rendition of Bob Marley’s “One Love” to get the council dancing, that is being honoured by a legion of all-star fellow artists at a concert taking place Thursday, May 29 at the Seven44 club (formerly Chick ‘n’ Deli) at 744 Mount Pleasant Rd.

Starting at 7 p.m., the bill for the latest in the Honouring Our Own tribute series put on by Pete Otis and his SongTown company, includes other veteran artists such as George Olliver, Jon Finley (of The Checkmates), Juno winner Cathy Young, acclaimed singer Steven Ambrose, The Heavyweights Brass Band and many more. The full lineup for the show can be found at www.songtown.ca, where $20 advance tickets can also be purchased.

A multiple Juno Award nominee (most recently for Reggae Recording of the Year in 2012) and winner of awards for Best R&B Act (NOW Magazine, 2006) and Male Vocalist Of the Year (Toronto Reggae Awards, 2006) among other accolades, Douglas is equally adept at winning over audiences in small club venues or concert halls.

Originally the frontman to Toronto R&B group The Cougars in the 1960s, Douglas has also been the band leader for the hugely successful “Jamaica To Toronto” concert series that played sold-out shows for thousands of fans in Toronto, Montreal and Vancouver and continues to gig regularly with his own band in diverse venues across the city and province. 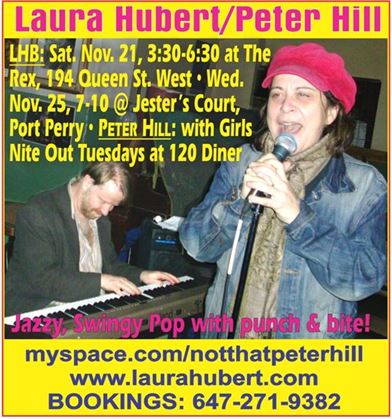